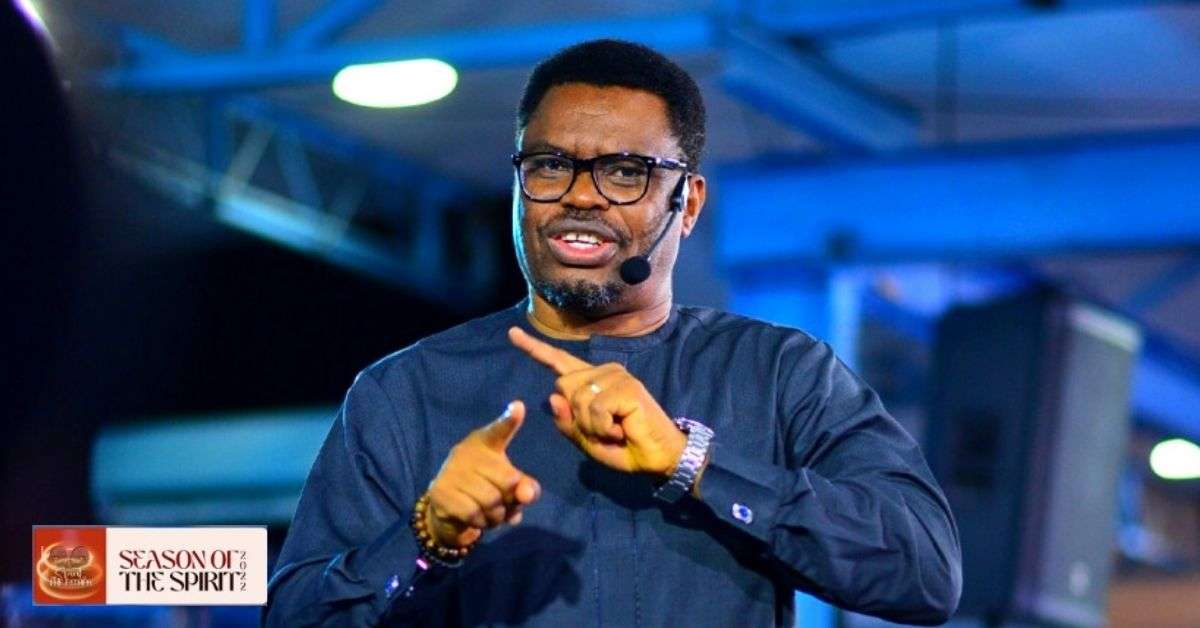 There are two institutions God uses to fulfil this purpose, Family and Church. A family consists of a father, mother and children while the church consists of families. The church is not a building, it is the people.

What makes a family is not the building, the husband and wife are sufficient together to be called families. In this end time, God is strengthening families against the coming onslaught of the enemy which will further strengthen the church because the “earth shall be filled with the knowledge of the glory of God” (Habakkuk 2:14).

Jesus made many divine statements in the scriptures like He did in the text above. These statements are divine dialogues. His teachings are conversations and every word that comes out of His mouth are spirits and words from God. All of His teachings are so full of divine content such that it will be difficult for a natural mind to comprehend them.

When He said “He that has seen Me has seen the Father” (John 14:9),  He was not referring to physical eyes because they could see Him with their physical eyes and could also perceive Him in a sense, but could not see Him as He truly was because their sight was limited.

Your ability to see can be limited by your expectations. Jesus had many things to show but  He could not show them to the disciples because they could not understand it. Do not allow your expectation, past or experience limit your sight because it can limit you from receiving spiritual things.

Jesus was originally the word of God (Logos), but to magnify the Father, He became a son. At every stage, there is a semblance that a son has of his father which is made possible by the dominant and recessive genes.

However, they do not manifest immediately until the time when they show forth. So also, Jesus by reason of the understanding of the Father He had, showed forth the Father. There  would not have been a need for the Son if there was no need for magnifying or glorifying the Father.

God wanted to reveal Himself, but could not do it by the Prophets because they could not capture His essence (Heb 1:1). The best they could be was Son of Man. A prophet can be identified by the level of the revelation of God that he has.

Balaam was a prophet in the old testament with a high level of sight. He contended with Moses who was also a prophet, and could cover a whole nation, because he had the knowledge of the Almighty. A prophet is measured by his sight.

The true purpose of the prophetic is to make people see God. There were prophets who did wonders and there were prophets of sight. John the baptist had sight but never performed a miracle. John was the only one who had sight enough to see Jesus as the lamb of God (John 1:36). Despite all of these, what John saw was still limited. God could not fully accomplish His revelation in John.

God, who at sundry times and in divers manners spake in time past unto the fathers by the prophets…”

The speaking of God in the Son is actually the work of God. The essence of revelation of God is for His work to be accomplished.This work was fully accomplished in the Son. God could download all of His eternal gene into the Son, only by the Son could He fully show up and be revealed.

The understanding given by the Son is different from the kind of understanding you can get from the prophet. The prophets were sons in another dimension. There was an administration that was given to Moses to unveil God, although he was diligent, he was still a servant in the house. Christ however, had the full administration of God. It is this  knowledge of the Father He wants to reveal in every one of us. The essence of the Son is to reveal the Father.

“If we hold fast the confidence…” (Heb. 3:6). Here, Jesus was talking to a church that was deep in the revelation of Christ. This confidence is as a result of an understanding.  To be a house of Christ, you need to have the mystery of Christ. If you can hold that mystery till the end, you will become the house of Christ. Likewise, if you can hold the mystery of God, till the end, then you can become the house of God. Christ resurrected because of the things He had already housed within Him,  so death could not hold him. God wants us to house him just like Jesus did because He did so to the fulness of the Father.

“Believest thou not that I am in the Father, and the Father in me? the words that I speak unto you I speak not of myself: but the Father that dwelleth in me, he doeth the works.”

You can not say you are in the Father if the Father is not in you and vice versa. As Jesus comes into you, He absorbs you. The Father did not release Jesus until the work was complete. A man can be on earth bodily but be a dweller of another realm.  The realm you dwell in is a function of the thoughts you fellowship with which also forms your person. Jesus said “That where I am, they may be also” (John 14:3).He was still on earth when He said this but He had already been taken up by the Father. He was not speaking of being in a physical location in Heaven.

Many of us assume that the way things are arranged physically on Earth is the same way it is in heaven. When you left heaven as a spirit for the earth, God’s intention was for you to return into a realm of awareness and comprehension of God. When men come into their abode in God, they will become carriers of God’s abode.

The spirit of the Father will have to be in you as a work, for Him to speak through you. The Holy Spirit is the one who makes manifest these things, He can reveal the law of Christ and also manifest the law of God.

“But Jesus perceived their wickedness, and said, Why tempt ye me, ye hypocrites? Shew me the tribute money. And they brought unto him a penny. And he saith unto them, Whose is this image and superscription? They say unto him, Cæsar’s. Then saith he unto them, Render therefore unto Cæsar the things which are Cæsar’s; and unto God the things that are God’s.”

The Pharisees tried to test Jesus but they did not realise that He was someone who had the law of God. He did not need to meditate to give an answer, this was a manifestation of the law of God trapped and resident in Him. Many times the Pharisees tried to trap Jesus but a judgement Jesus had was that He always spoke forth from the laws which he had embodied. We would keep inhabiting the judgement of God till the earth is filled with the knowledge of the glory of God” (Habakkuk 2:14). 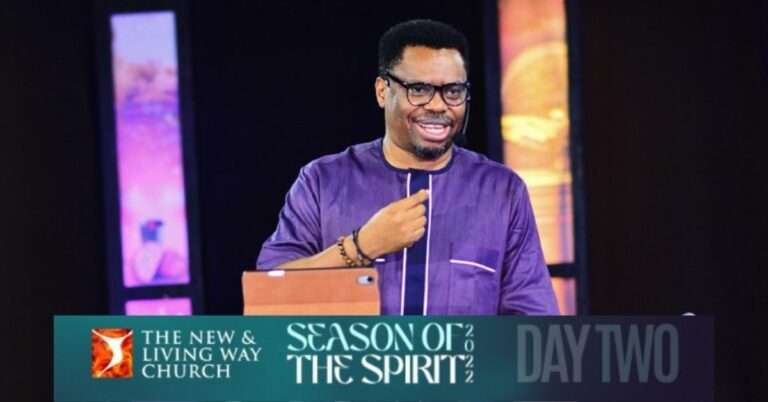 Now I say, That the heir, as long as he is a child, differeth nothing from a servant, though he be lord of all; But is under tutors and governors until the time appointed of… 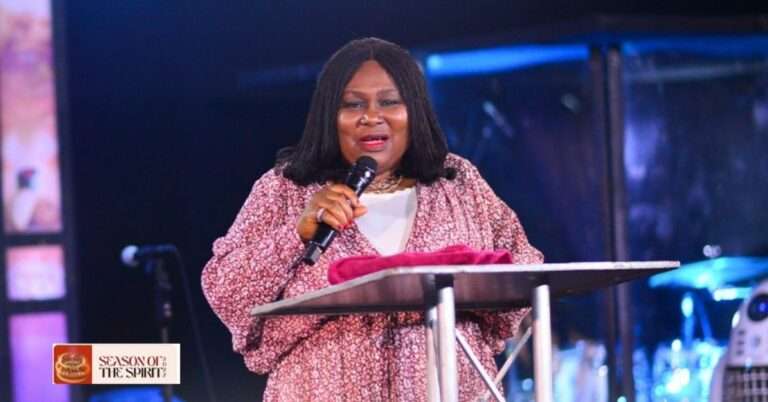 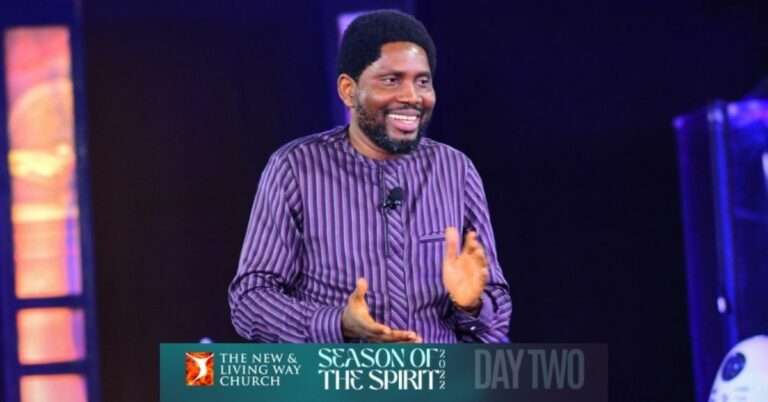 There is a warfare of the last time that the Church would fight. The Lord is placing an urgency for the Church to be equipped for the warfare that is ahead of us. This warfare…

All that the Lord did from the beginning of his ministry to the end of His ministry was to ensure that the Father was made manifest. The disciples had been with Him for a long… 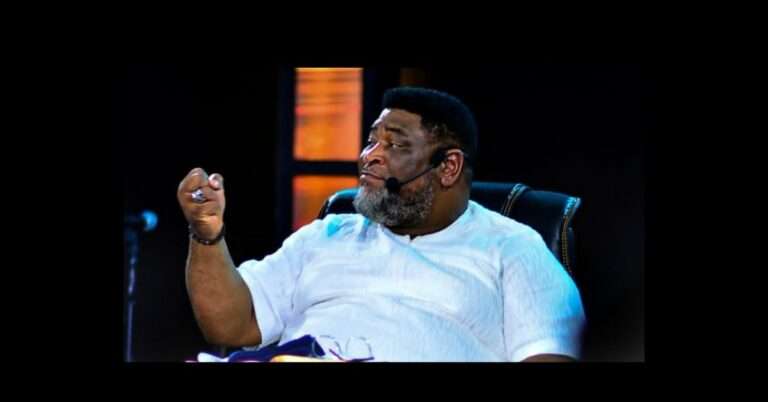